Bread is part of a long tradition well anchored in the hearts of the French. Baguette, traditional bread, wholemeal bread or rye… It comes in all forms, and most people could eat it at every meal. However, it must be said that the consumption of bread is less and less often, especially among athletes and health-conscious people. According to a study conducted by the CSA Institute for the Bread Observatory in 2018, more and more French people think that bread makes you fat. This is evidenced by the growing craze for "fitness" bread that tends to replace the good old Hexagonal tradition. But then, does bread really make you fat?

No, bread does not make you fat… 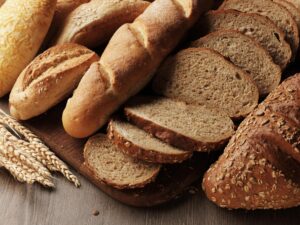 Contrary to belief, bread does not make you fat, provided of course that it is consumed in reasonable quantities. True, 100 grams of baguette provides many more calories than broccoli or any other vegetable (280 calories for bread), but as long as you do not exceed your daily caloric need, there is no reason to deprive yourself of it.

In addition, like any cereal-based food, bread has many advantages. Above all, it is rich in fiber and vegetable proteins but contains almost no fat. A true source of carbohydrates and energy, it contains slow sugars that prevent snacking between meals. To give you an idea of its appetite suppressant power, you just need to eat a few pieces of bread during a lunch and you won't be hungry for the rest of the day.

But not all breads are equal to lose weight

If bread is appreciated above all for its taste, it should be noted that this food is rarely accompanied by healthy foods. This is particularly the case for cheese, butter, chocolate and jam that are just waiting to be spread to transmit their caloric bomb. That's why, in addition to the bread you consume, it's important to choose the right food you put on your toast if you want to reach your goal on a flat stomach.

In addition, crumb bread, baguette, rusk, loaf of rye … There are different types of breads that do not have the same caloric intake and do not share the same relationship with weight gain. Already, it is better to avoid industrial baguettes and breads that have been prepared with refined flour.

Rusks contain all kinds of substances that raise insulin levels. Fast sugars, hydrogenated oils… So many harmful compounds that do not make rusk a healthy food. 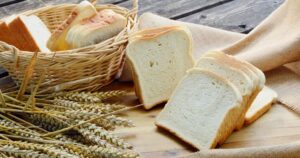 Like rusks, crumb bread is one of the breads that have a high glycemic index. Packed with sugar and additives of all kinds, it causes your nutrition to spike in insulin as soon as it is absorbed. True, crumb bread is delicious and convenient enough to prepare sandwiches, but it does not cause a feeling of quick satiety. That's why you can't help but eat 6 slices without even realizing it, which isn' t good for your weight loss ! So, if you can't just do without bread at a meal, it's best to opt for the baguette.

To avoid: the white baguette

More and more bakeries offer a variant of the traditional baguette: the white baguette. However, the latter is reputed to have a glycemic index of around 80. The white baguette also contains many chemical additives that allow our bakers to preserve them durably. So, if you can't do without the baguette, but you still care about your health, don't hesitate to take a traditional French bread. The latter followed a traditional manufacturing process, without freezing or additives.

What to avoid: industrial breads with cereals

Some neighborhood bakeries offer beautiful baguettes with seeds on their stalls. However, this variety of bread is nothing more than a classic white bread, on which sesame seeds have been sprinkled. Indeed, it is a white bread prepared with the help of white flour, which should be avoided absolutely.

Like white flour, industrial yeast ("saccharomyces cerevisiae") is sometimes used to concoct classic baguettes and some yeast-based breads. In the supermarket or bakers, many varieties of breads also contain the famous glucose syrup. As a sweetener, this substance allows manufacturers to mask the absence of aroma in their preparation.