Home
Slimming nutrition: Lose weight through diet
The 10 drinks that make you fat the most

Whether it's flavored drinks, fruit juices, soft drinks or sugary sodas, we consume them at any time of the day. As an aperitif during a meal or on the terrace to rehydrate us, drinks are however likely to make us fat. Under their supposedly life-saving virtues hide, in fact, potential risks for fat storage and the formation of bulges in the belly. Overview of the 10 drinks that make you fat, and therefore consume in moderation. 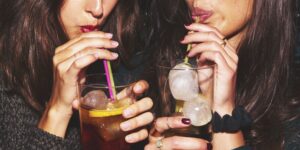 Yes, if most beer lovers have a swollen belly and hard to the touch, it's not for nothing! Whether in wine, beer, whiskey or gin, alcohol is one of the drinks that make you fat, which is why it is commonly associated with obesity. Contrary to what one might think, alcohol contains a large amount of calories that the liver must hardly process to evacuate waste. This is the reason why the overconsumption of alcohol is a source of fatigue and damage to this vital organ. In addition, alcohol is generally known to increase appetite: it then leads to an excess of calories that are actually useless for the body. Add to this the risk of severe addiction that this soft drug can have on humans. It is then important to show willpower and limit your alcohol consumption so as not to fall into this addiction.

However, it is generally not advisable to suddenly stop your alcohol consumption. At first, it is better to reduce the consumption of alcoholic beverages, by limiting yourself to one or two glasses of wine during meals, or a mug of beer with friends.

Ideally, women should not consume more than 10 glasses of alcohol per week, and this on an occasional and not regular basis. Men, on the other hand, should be content with 15 drinks per week. And if you can't do without a few glasses of alcohol, we recommend the following selection of alcoholic beverages for their low calorie intake or for their health benefit:

2. Sodas and other soft drinks

Sweet sodas are well known for their harmful effects on our figure: they are also one of the worst drinks that make you fat! Like any soft drink, soda contains added sugars from low-quality transgenic plants. Manufacturers do not skimp on the amounts of sugar they add to this kind of drink, which also creates an addiction by injecting glucose into the blood. Also, soft drinks contain chemical sweeteners that are harmful to health, as well as excess sodium resulting in fluid retention. However, this retention has a harmful effect because it tires the kidneys and liver.

Yes, fruits are also likely to increase blood sugar levels, i.e. blood sugar levels. This is why health professionals recommend limiting yourself to 2 fruits per day. Thus, it is necessary to pay attention to fruit juices, even prepared from fresh fruit: in their healthy appearance, these liquids are always very rich in sugar. To give you an idea of the potential health risk in terms of nutrition, be aware that a simple squeezed orange can contain up to 10 grams of sugar. Enough to increase the risk of weight gain.

In the family of industrial fruit juices, let us highlight the risk associated with this non-carbonated drink of the Volvic water brand. Certainly, the Oasis focuses on the health side of the fruits, but it is, in reality, a very sweet and flavored water. Instead of a bottle of Oasis, we prefer ice water added with a hint of homemade fruit juice, especially if we stick to its line!

Under their innocent air, these "youth" drinks exert a double action on our silhouette. It is, in fact, the mixture of an alcoholic beverage and a non-alcoholic beverage (premixed means "mixed in advance"). To be consumed in moderation!

Coffee and tea are sometimes considered "detox" drinks, but the fact remains that you have the ingredients for rapid weight gain. Indeed, if these two drinks in themselves do not make you fat (a cup of coffee contains only 4 calories, and tea does not contain any calories), it is the preparations that you will make with that will risk weighing the scale. For example, by adding milk, cream and sugar, these drinks become real calorie bombs, high in fat and sugar. 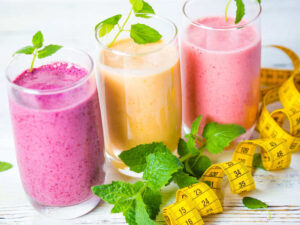 Smoothies are colorful, it's creamy, it's fresh… In short, they are very trendy drinks in the culture of "healthy eating". But we haven't told you everything: smoothies contain fruit, and who says fruit also says sugar. In addition, some recipes contain milk or yogurt, which guarantees a profusion of carbohydrates to your body. This then leads to an increase in blood sugar and fat accumulation leading to the formation of these unsightly belly bulges. In addition, the fructose from smoothies goes directly to the liver because it is not slowed down by the fibers of the fruits, which were crushed during the preparation.

In general, when coffee no longer has enough effect, we are often tempted to switch to energy drinks, which promise an almost instant feeling of lucidity. But there is no question of falling into the trap! Indeed, already an energy drink corresponds to 10 cups of coffee, and for it to make even more effect, its manufacturer does not hesitate to add sugar in his recipe. The energy drink causes a spike in blood sugar, a sharp rise that the body has a hard time coping with. The result: a sudden accumulation of fat in the cells.

In recent years, manufacturers like Coca-Cola and Pepsi have found a particularly lucrative new market: sugar-intolerant consumers. Instead of adding sugar cubes to their drinks, they chose aspartame to give a sweet taste. But suffice to say that this artificial sweetener is not as beneficial as that for our figure. A Canadian study found that consuming aspartame is as harmful as adopting a high-fat diet.

In recent times, many mineral water brands have launched bottles of fruit-flavored water. However, contrary to what one might think, these new products also cause weight gain. This is because they sometimes contain real sugar or sometimes sweeteners like aspartame, which significantly increases carbohydrate intake in the blood.